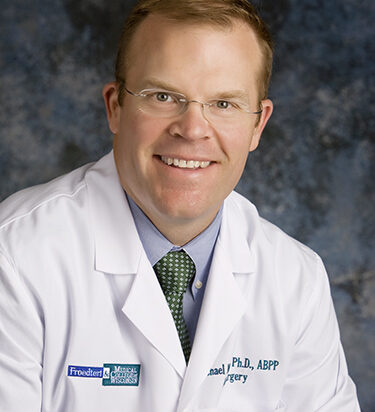 Dr. McCrea is Tenured Professor, Eminent Scholar, and Vice Chair of Research in the Department of Neurosurgery at the Medical College of Wisconsin (MCW), where he also serves as Co-Director for the MCW Center for Neurotrauma Research (CNTR).  He has an appointment as a research neuropsychologist at the Clement Zablocki VA Medical Center in Milwaukee, Wisconsin.

Dr. McCrea has been an active researcher in the neurosciences, with numerous scientific publications, book chapters, and national and international lectures on the topic of traumatic brain injury.  He authored the text Mild Traumatic Brain Injury and Postconcussion Syndrome:  The New Evidence Base for Diagnosis and Treatment published by Oxford University Press.

Dr. McCrea has led several large, multi-center studies on the effects of traumatic brain injury and sport-related concussion.  He currently is co-PI on the NCAA-DoD CARE Consortium and several other large-scale studies investigating the acute and chronic effects of TBI in various populations at risk.  Dr. McCrea is also a key investigator on the TRACK-TBI and TBI Endpoint Development studies of civilian brain injury.

Dr. McCrea serves as a neuropsychology consultant for the Green Bay Packers.  He served as a panelist on the 2008, 2012 and 2016 International Consensus Conference on Sports Concussion.  He has served on several international expert panels related to research and clinical care for TBI over the past two decades.